The below dashboard compares White House, House, and Senate spending proposals for science and technology programs in FY 2023. It will be updated regularly as the funding debate unfolds over the spring and summer. Click on different tabs to explore by agency, and mouse over for more detail. If you have questions or suggestions, contact us.

Due to the timeline of the 2023 Budget Request, agencies compared budgets to the FY2022 Continuing Resolution (CR) level. This dashboard compares FY2023 budgets to FY2022 Enacted levels for all values displayed, with the exception of some values in the notes. Every comparison to the CR will be explicitly stated as such. 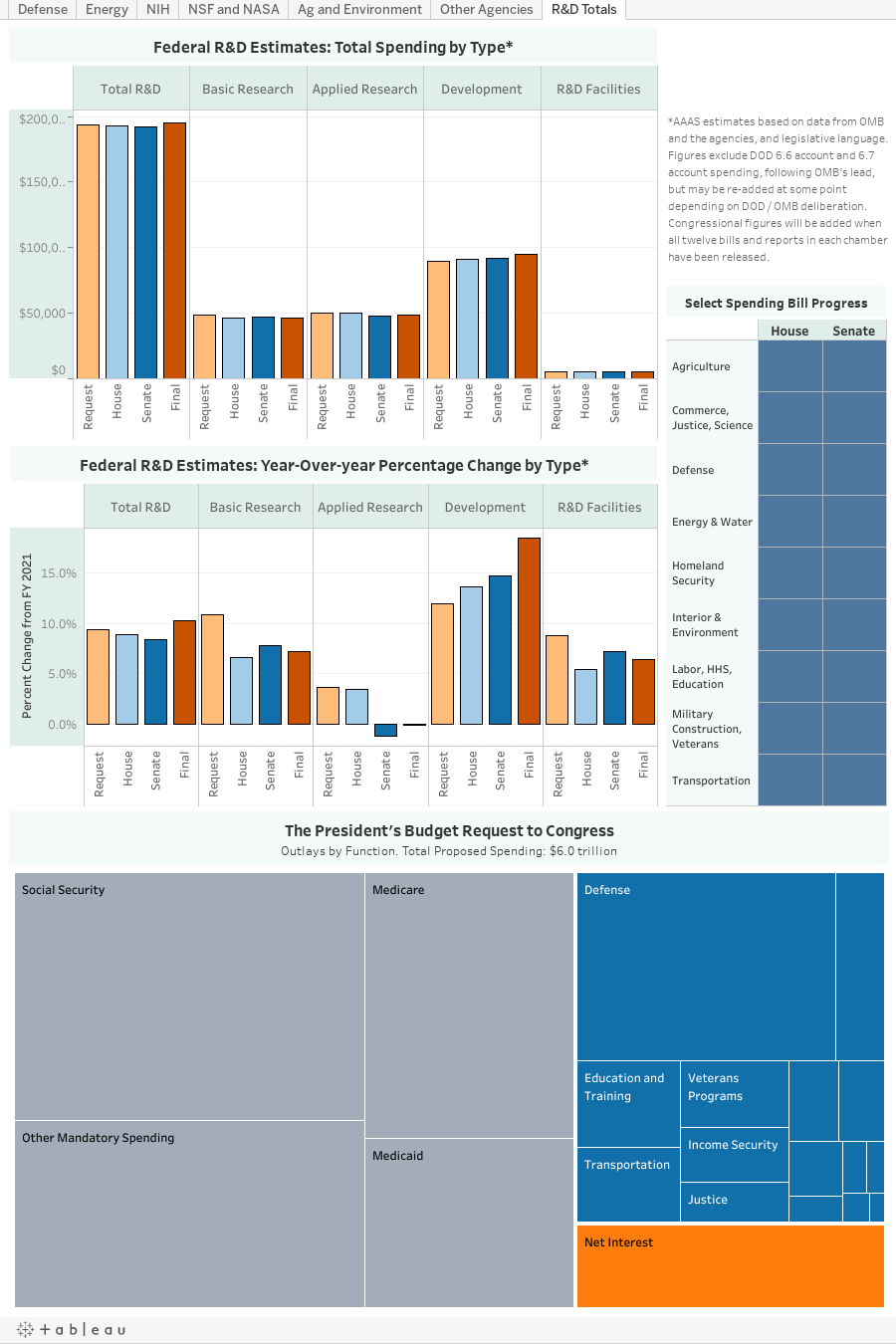 How It Works: In the typical budget process, the White House requests funding for agencies and programs first. Congress then follows with appropriations bills — twelve in all — from the House and Senate. Eventually, legislators in the two chambers negotiate a final agreement for each bill, which is then signed by the President to become law.

The dashboard compares funding changes proposed by the White House, recommended by the House and Senate, and enacted in a final compromise. The data for each account will be regularly updated over the course of the year as legislation moves forward, including amendments.

Major accounts for most research-funding agencies are included. Mouse over account data to show additional information:

There's also a tab with aggregate R&D totals as estimated by AAAS, which will be updated with House and Senate figures once each chamber has introduced all twelve bills to ensure apples-to-apples comparisons. This tab also contains a legislative tracker to indicate where the major R&D bills (nine out of twelve) are in the process.